Investors can solve the key problem of Kazakhstan's education sphere 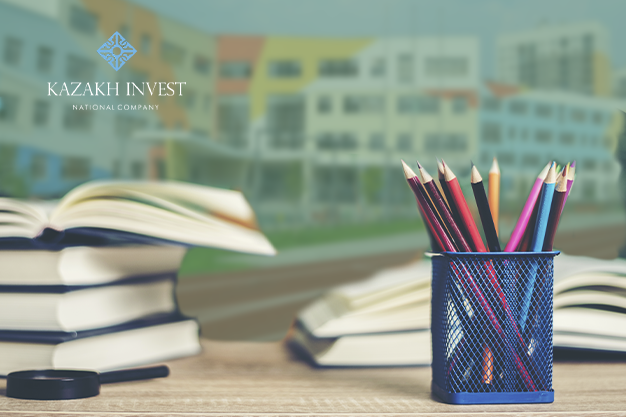 Investments in Kazakhstan's education can solve one of the most urgent problems in this industry. As of today, the urgent “agenda” in the field of secondary education is to solve the problem of places available in secondary schools. According to current estimates, the lack of school places in the Republic is more than 168 thousand, and its identified in each of the 17 regions of the country. The higher education sphere has not enough student dormitories. The state faces a challenging task - to provide students, undergraduates, and doctoral students with 75 thousand new places in dormitories by the end of 2022.

Among the highest priority tasks of state policy in Kazakhstan is the development of the education system and science. The country's leadership made an unprecedented decision to the cost increases by up to 7% of GDP. This decision will give a powerful impetus to the further development of education and science.

Kazakhstan's education system has good results in international rankings today. According to the "Education" sub-factor, Kazakhstan in the top 30 among 64 countries of the world (26th place) in the IMD rating. Kazakhstan is ranked 57th among 140 countries according to the "Skills" factor at the WEF GCI. Kazakhstan took 37th place ahead of such popular countries as the Czech Republic, Turkey, and Estonia by its higher education system in the British QS ranking. However, a number of issues do not allow the country to have higher positions in these ratings.

The state offers a number of mechanisms to solve the issue with places in schools and dormitories, and intends to increase the number of private schools.

Nowadays, solving this problem in the short term will require significant government inputs. In this view, by choosing the principle of public-private partnership two significant goals can be achieved: new student places and acceptable conditions for doing business in the education market are being created. In partnership with the state, entrepreneurs planning to open their school are offered the following support measures:

Guaranteed stable income in the form of educational public procurement. According to the principles of per-capita funding, the state is ready to pay an average of 281 thousand tenge per year for each student.

Additional comfortable conditions of the program are the provision of land to entrepreneurs in the form of in-kind grants and financial support measures. Subsidized bank loans are provided with a reduction in interest rates of up to 6%.

Since 2020 the public procurement is placing by a single operator on behalf of "Financial Center" JSC under the Ministry of Education and Science of the Republic of Kazakhstan. Due to the transition to a centralized operator, competitive selection approaches were abolished, as a result, the efficiency of the procedure for placing a public procurement has been increased.

As of May 2020, as part of the public procurement placement, 161 contracts for 46 thousand student places have been concluded, which indicates increased interest from entrepreneurs. Currently, the volume of public procurement for 2020 is more than 13 billion tenge. There is a task to open at least 100 new private schools for 2020. The development of a private school network is justified both from the point of view of solving infrastructure problems and from the point of view of optimizing state budget expenditures.

According to the higher education sphere, it should be noted that in 2018 the Five Social Initiatives were announced by the First President of the country, and one of which is aimed at improving the living conditions of students. In order to achieve that objective, a mechanism for public procurement with wide participation of the private sector has been developed by the Ministry of Education and Science of the Republic of Kazakhstan in cooperation with the "Financial Center" JSC. There is a task to provide students, undergraduates, and doctoral students with 75 thousand new places in dormitories until the end of 2022. These are absolutely all regions of the country, starting from megalopolises and ending with cities of regional significance.

According to the mechanism, for each student is paid annually: during the construction of a new dormitory in Almaty - 144 MCI, in other regions - 122 MCI, during the reconstruction of a building for a dormitory - 47 MCI. Public procurement payments will be indexed for the corresponding fiscal year. The period for making these payments is 8 years and includes an annual revenue increase adjusted for inflation. Along with the innovations, the volume of previously proposed government support measures remains in the form of subsidized bank loans with a reduction in interest rates of up to 6% and providing guarantees up to 50% of the loan amount by "Damu" Fund. So the building remains the property of the investor.

The only condition for cooperation is the adoption of restrictions on changing the purpose of the input facility. In simple words, to ensure a real social effect, the dormitory should function to cover the student's needs for 20 years.

As for statistics for the academic year of 2018/19 of the Ministry of Education and Science of the Republic of Kazakhstan, 496.2 thousand students studied at universities of the country, of which 40% or about 203 thousand students were nonresident, that is, potentially in need of solving the housing problem for the period of study.

In addition, negotiations are in progress with 10 suppliers for 1,957 places on issues of participation in public procurement mechanism. Due to the local budget and sponsorship funds, 8 dormitories with 928 places are at the construction stage. So in 2019, there will 388 places, in 2020 will be 640 places.

In general, to solve the issue with places available it is planned to built 184 facilities, 20 of them through reconstruction, 164 through construction.

Certainly, any investment project has risks. In this case, all necessary measures have been taken to minimize them. Firstly, this is ensured by fixing this mechanism in regulatory legal and by-laws. Secondly, 152.8 billion tenge are provided for the implementation of these projects by the republican budget, and these funds are not subject to sequestration.

According to the National Investment Strategy of Kazakhstan, the education sphere is a priority sector for investment. Investors planning large-scale projects in this field will have the opportunity to conclude an investment contract with the help of KAZAKH INVEST specialists. Investors will be exempted from customs duties and will be given the opportunity to receive state in-kind grants in the framework of these contacts.

As of today, two large-scale educational projects are already being implemented with the participation of UAE and Singapore investors supported by KAZAKH INVEST.

The first project of Emirates Global Education Investment Group LLP to build an international school is being implemented in Nur Sultan. The total investment will be about $ 30 million. It is planned to create about 3.5 thousand student places.

The feasibility of the second project of building an educational campus, which includes an international college, career development center, primary and secondary school, and preschool education in the cities of Nur-Sultan, Almaty and Shymkent is considered by the investor - Kinder World International company. For the first stage of construction in Nur-Sultan which is planned to complete by September 1, 2022, the total investment will be $200 million.