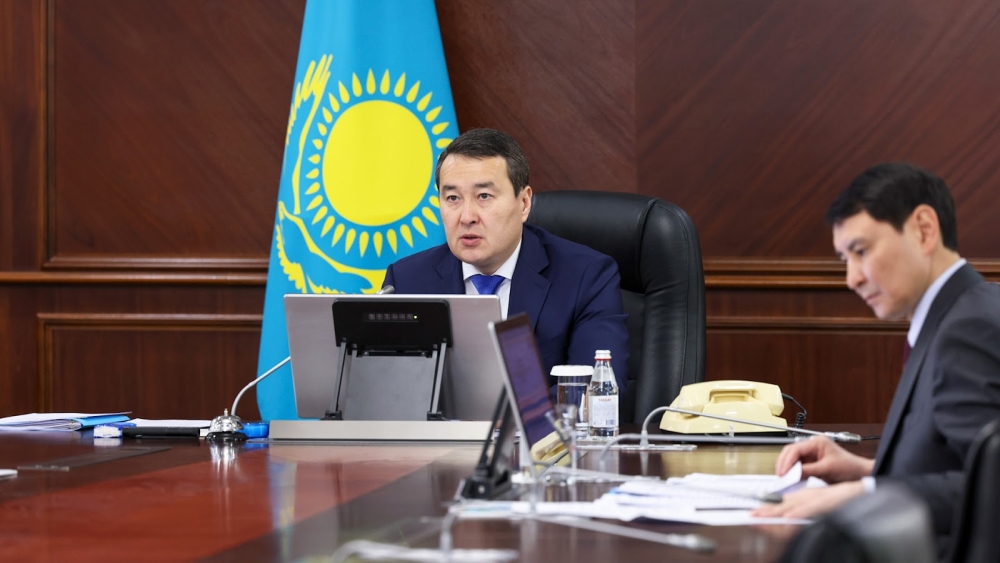 Prime Minister of Kazakhstan Alikhan Smailov held an interim meeting of the Foreign Investors’ Council, where the reports on the activities of permanent working groups, the preparation for the 34th plenary session of the Council, as well as topical issues of investors on doing business in Kazakhstan were discussed.

Opening the meeting, the Prime Minister of Kazakhstan noted that the Government is currently taking comprehensive measures to maintain and increase the inflow of foreign investments.

Last year, 44 new investment projects worth $3.6 billion were launched in Kazakhstan. To date, a pool of over 700 existing and potential projects worth $55 billion has been additionally developed.
To further increase the investment attractiveness of Kazakhstan, the Government has developed a new Concept of Investment Policy until 2026.

The Head of Government also noted that today Kazakhstan is opening a new page in its history, following the path of democratic and socio-economic reforms announced by the Head of State Kassym-Jomart Tokayev as part of the New Kazakhstan concept.

It covers all spheres of society and is aimed at strengthening the institution of legislative power, and qualitative modernization of the economy by strengthening fair competition, protecting private property, and demonopolizing the economy.

«All these measures will create broad economic opportunities for foreign investors. In this context, I would like to note once again that Kazakhstan continues to be a reliable investment partner for everyone who comes to our country to work and earn honestly», — Alikhan Smailov emphasized. 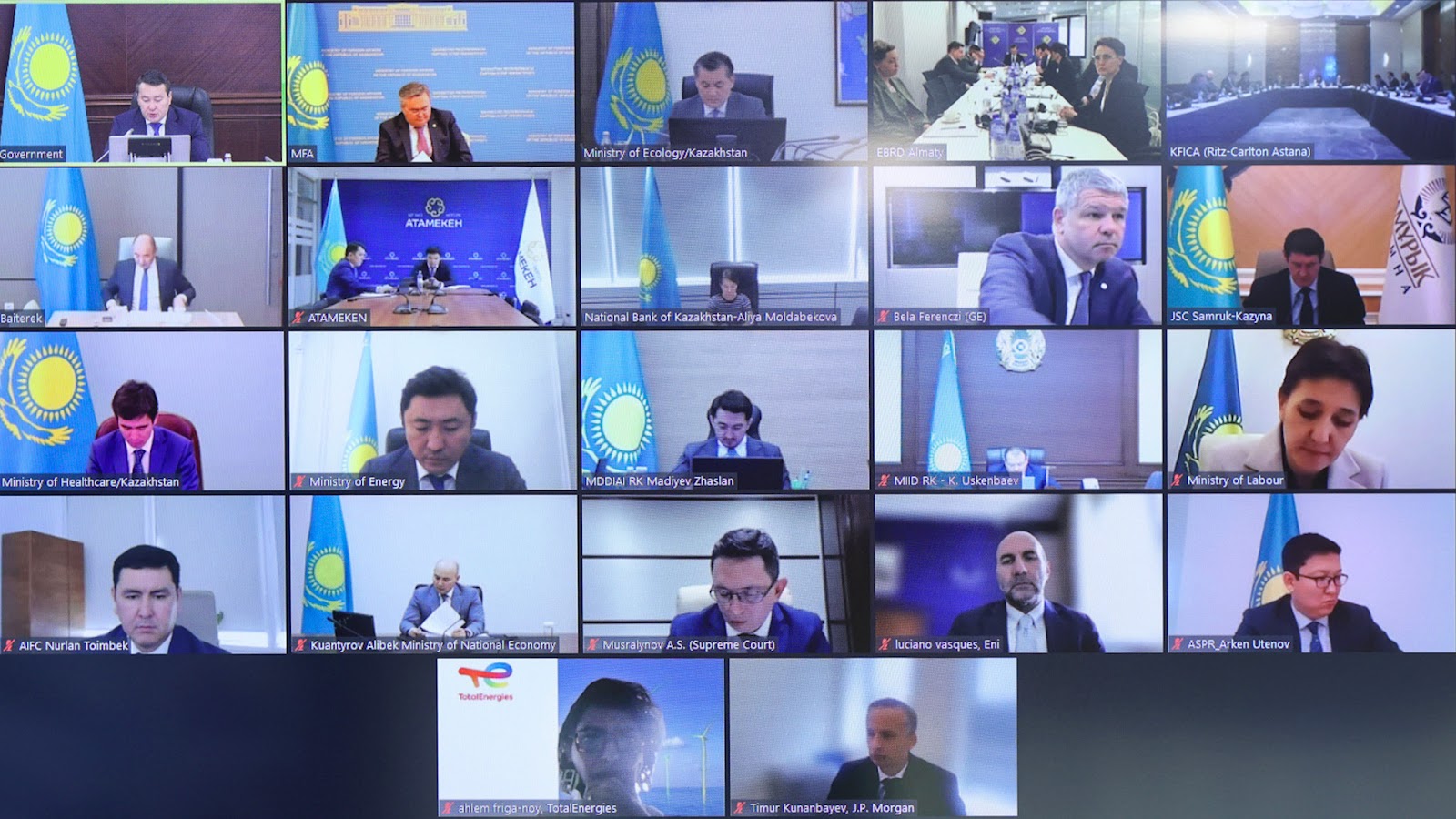 Reports at the meeting were also presented by the Deputy Prime Minister and Minister of Foreign Affairs Mukhtar Tileuberdi, Minister of National Economy Alibek Kuantyrov, Minister of Ecology, Geology and Natural Resources Serikkali Brekeshev, Minister of Labor and Social Protection of the Population Tamara Duissenova, Minister of Energy Bulat Akchulakov, CEO of Sovereign Wealth Fund "Samruk-Kazyna" Almasadam Satkaliyev and others.

Among the foreign investors that participated in the meeting were Yerlan Dosymbekov, Chair of the Board of Directors of Kazakhstan’s Foreign Investors’ Council Association and Managing Partner of EY; Alem Friga-Noy, Head of TotalEnergies in Kazakhstan; Dimitri Propp, representative of KNAUF; Saken Zhumashev, Managing Partner of KPMG; Bela Ferenci, President of GE in Russia and the CIS; Juan Escobar, Managing Director of Philip Morris International, and others.

During the meeting, it was particularly noted that over the past period all the responsible government agencies and organizations, and foreign companies of the Council took all the necessary measures to fulfill the protocol instructions of the 33rd plenary session of the Council.

At the same time, the most important strategic objectives for the future are the protection of the environment and water resources, the transition to renewable energy sources, and the decarbonization of the economy, which will be the focus of the 34th plenary meeting of the Council.

Summarizing the results of the meeting, the Prime Minister of Kazakhstan noted that a lot of work was done within the Council. Proposed suggestions and recommendations will be worked out by the Government in detail.

«I want to emphasize once again that we are ready to discuss all the proposals and recommendations of foreign investors, as well as emerging issues related to their investment activities in Kazakhstan», — Alikhan Smailov concluded.

Source: Official Information Source of the Prime Minister of the Republic of Kazakhstan